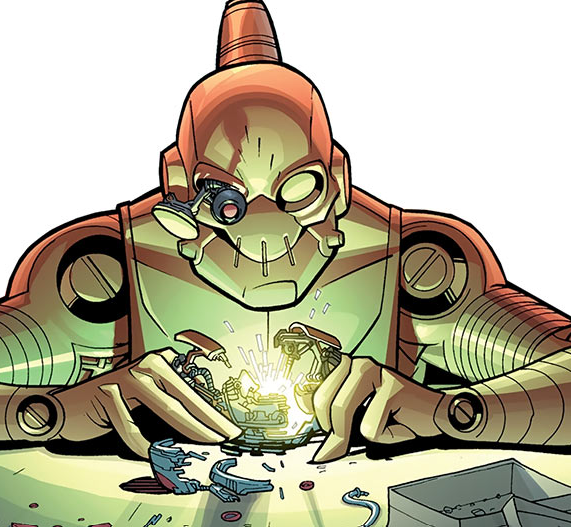 wondered what it was like to invent a giant robot who could knock down the Grand Canyon in one hit?

Lyte didn’t have to imagine that. He had built one already, and his genius was unknown to nobody except Terrence Witherfield. Yes, his parents didn’t even think of him as a STEM type. They pretty much guessed his talent was yet to be found. And you might be wondering: What if all his robots went haywire?  Despite Lyte’s enormous skill in inventing and designing, that thought had never come to mind. Until his conversation with Terrence.

“Have you ever thought that someone held the power to rule the world?” Terrence asked. Lyte sighed. “I do,” he said, playing along. “Huh,” Terrence said. “Never came to mind.”

“Seriously, bro, I’m not gonna tear down the school with the Ripper Stripper: Destroying Machine.” “I know, you’re not,” Terrence relinquished, raising his hands in a I give up gesture. “But I’m just saying, what if all the robots turned into Ripper Strippers; who didn’t follow your orders?” “What do you mean?” Lyte asked slowly. “You know, topsy–turvy, haywire, confused, out of control, erratic, shambolic, up the spout, wild, crazy, chaotic—” “Okay,” Lyte interrupted. “I get it. “Not…right.”

. . . . . .Terrence threw up his arms in exasperation. “HOW CAN I HELP YOU?” “Well,” Lyte began, “you could reprocess the circuitry and take out the high wire to insulate the electricity current pathway, triggering the power receiver to do its job, and adding extra armor and damage and loyalty to me.” “Uhhhh… other than that?” “Nope.”